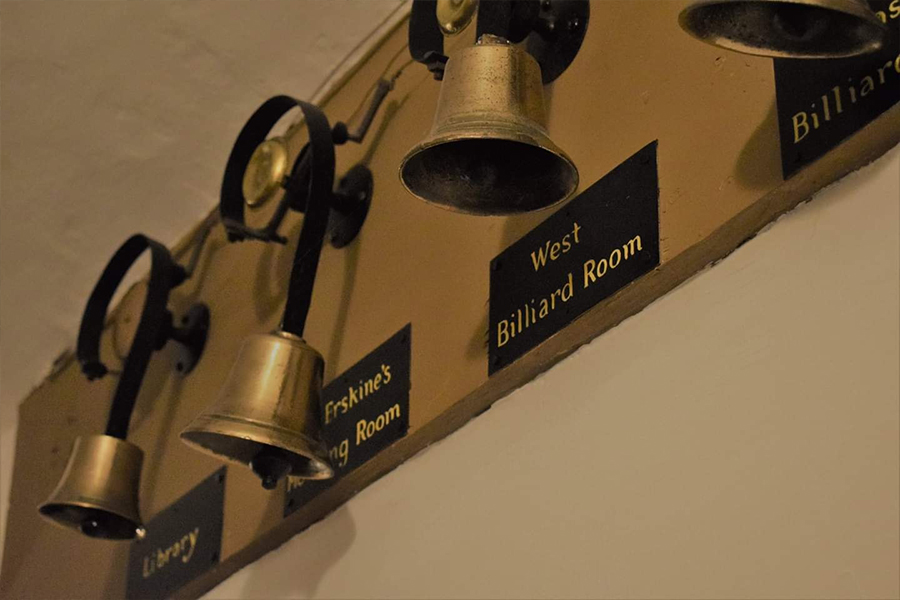 With tales of a headless horseman and a White Lady the Haunted House of Dun is said to be one of Scotland’s most haunted properties! This Angus stately home sits in grounds dating back 9000 yrs. It has seen it’s fare share of death and tragedy as a scene of a notorious poisoning case, murder and witchcraft and was used as a hospital during World War 2.

History
A beautiful Georgian house, overlooking Montrose Basin, with later Victorian influences both structurally and decorative. The house is situated within the Dun Estate which has been in the possession of the Erskine family since 1375.
The lands were held by the Hastings family in the 12th and 13th centuries, and John Hastings was lord of Dun and sheriff and forester of the Mearns. The property had passed to the Erskines by 1375, and they had a castle here. One of the family was John Erskine, a scholar and reformer in the time of Mary, Queen of Scots.
The castle was the scene of a notorious case of poisoning, reputed witchcraft and murder in 1613, when the young John Erskine, heir to Dun, and his brother Alexander were poisoned by Robert Erskine, his uncle, and his three aunts in a dispute over property. The older boy died in agony, while Alexander survived after severe illness, and eventually succeeded to the lands. Robert Erskine and two of his sisters were executed, while the third had to go into exile. The Haunted House of Dun remained with the Erskine family until 1980 when it passed to The National Trust for Scotland.

Haunted House of Dun
‘Beware the Headless Horseman who roams the lanes of Dun at night, seeking retribution on unwary travellers. This stunning Georgian mansion and its surrounding estate holds many a dark secret, including that of the harpist murdered at the Den of Dun on the very spot where his ghost has been seen playing musical laments. You may also encounter the phantom of the knight who, upon returning from the Crusades, discovered his wife had been tricked into marrying his friend. A sword fight ensued, and the usurper was run through and impaled on an ancient yew tree.’ (NTS)
More recently voices have been heard inside the Haunted House of Dun, with the sound of a crying baby and an invisible harpist. More bizarrely, a phone has been heard ringing in a part of the house where there was no actual physical telephone. Other spooky goings on include: unseen dogs, a dress floating around without a body inside, an apparition of a lady in the servants quarters plus an array of spirits, some of whom resent us modern day intruders!

(over 18s only, no alcohol, no pregnant ladies)
♿This location is partially accessible for wheelchair users

Any cookies that may not be particularly necessary for the website to function and is used specifically to collect user personal data via analytics, ads, other embedded contents are termed as non-necessary cookies. It is mandatory to procure user consent prior to running these cookies on your website.